A note from the Albatross

At the Mahina Cruising Seminar the Neals mentioned a great organization that is counting sea birds.  Its Facebook page is listed under web blogs as SeaBC.  Check it out. 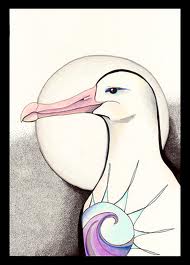 After hearing John and Amanda Neal  speak at the Seattle Boat show several times, we decided to take their full day cruising seminar in Seattle

Mon Mechanic, on Amanda’s right, joined the presentation regarding working with your partner to become an effective team.  If you look closely at the slide in the background you will see that it suggests that we address our “fears and doubts.”  As our countdown shortens we remind ourselves of this suggestion regularly

We departed Shilshole Marina on July 1 and entered Victoria, British Columbia on July 3.  Enroute we stopped in Penn Cove, Lopez Island and Roche Harbor on San Juan Island.  We stopped at Sooke Harbor and had a long day motoring to Bamfield Inlet.  After exploring the Broken Island Group, we left Elizabeth Jean in Bamfield and traveled by shuttle, ferry and plane to visit our daughters in Manhattan.  Plane, clipper and shuttle returned us to Bamfield.  25-30 knot winds swept us back into the straits and we sought harbor at Sooke to weather the storm.  Sunny skies and a pod of Orca whales greeted us off Cattle Pass on our return to the San Juans.   Eulalie hung out at Friday Harbor and Bellingham while Eric commuted to Seattle for work.  A visit to Lopez Island and our favorite moorage off the Ferron’s house allowed us to clean up.  Finally, at  Port Ludlow, we attended the 2012 Perry Rendezvous, a gathering of vessels designed by Bob Perry.

Orca topiary near the Empress Hotel 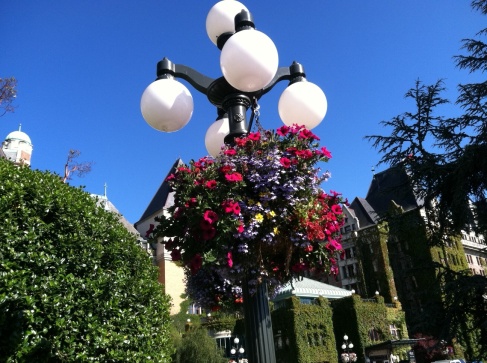 Street lamp flowers with Empress Hotel in the background.  Stayed in Victoria until July 9.  Left for Barclay Sound but turned back after passing Race Rocks and running into strong currents; spent the night at Esquimault Harbor 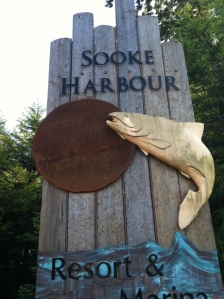 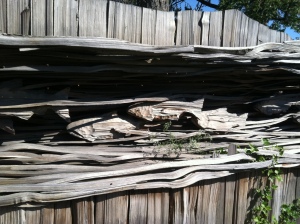 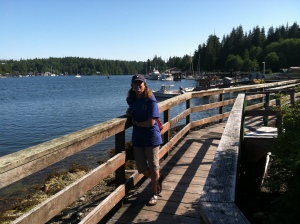 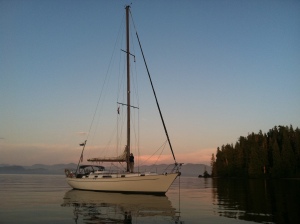 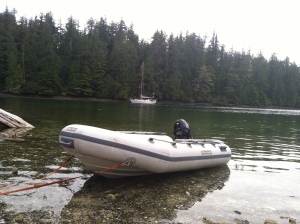 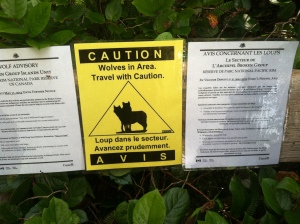 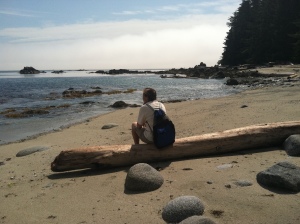 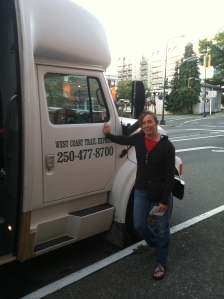 July 17, traveled by shuttle through logging roads near Bamfield, through Port Renfrew and Sooke Harbor, to end up in Victoria.  We took the Victoria Clipper to Seattle and then flew to New York City.

Near Port Renfrew.  The shuttle stops here for a break

Jean and Beth in Central Park

July 26, entering the Straits of Juan de Fuca with  25+ knots of wind 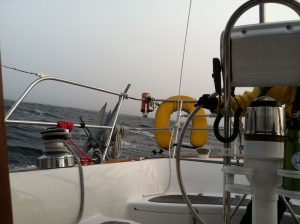 Swells in the Straits 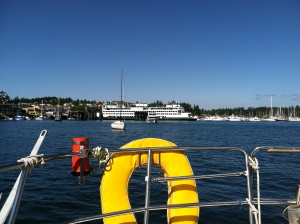 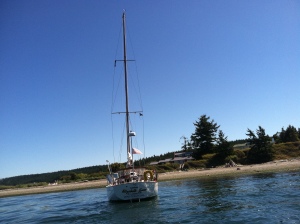 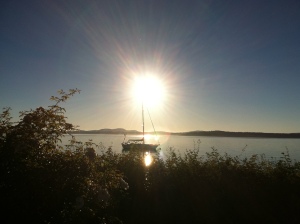 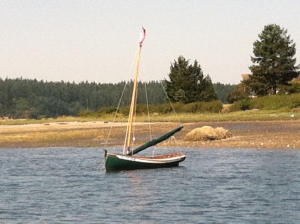 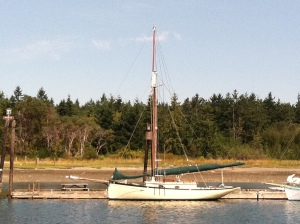 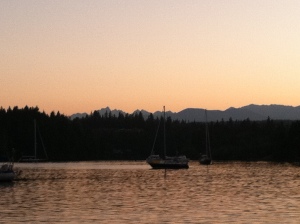 August 18, Port Ludlow sunset before Perry Rendezvous.  The Rendezvous provided an opportunity to meet other Passport 40 and Perry design owners and was a great way to conclude our summer shakedown.  We returned to Shilshole Marina in Seattle on August 20.