Wisconsin stops included Lake Pepin (birthplace of Laura Ingalls Wilder), Sturgeon Bay, Merrimac and Milwaukee.  We enjoyed visits with Eulalie’s Uncle Mike and Aunt Sandy, and  Loir Mithun and Stuart Mitchell and their children, who had recently returned to Wisconsin to be closer to their parents.

We crossed the Mississippi River from Minnesota to Wisconsin near Wabasha (visible near the 14 on above map).

This door mat welcomed us to our unexpected accommodations at the lake side condominium of parents of our good friend Alyssa.

Eulalie read all of the Little House books to Beth and Jean when they were little. 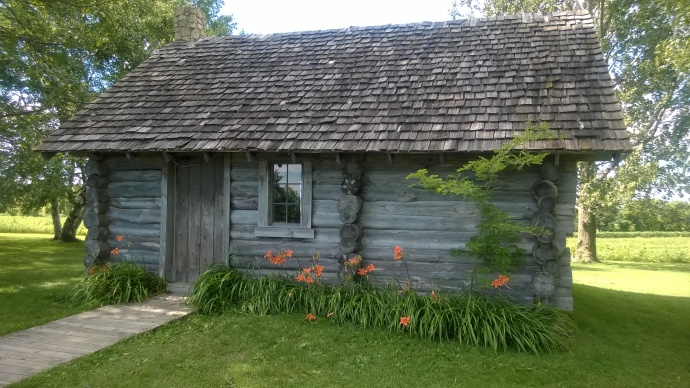 The Little House, was in fact little.

Mike and Sandy’s home on Lake Michigan, not so little, provided this sunny spot for morning coffee as well as . . .

We second the emotion.

Our July 16 post noted our hummingbird encounters at Ginny’s.

The Albatross speaks: The hummingbird spirit animal symbolizes the enjoyment of life and lightness of being. Those who have the hummingbird as a totem are invited to enjoy the sweetness of life, lift up negativity wherever it creeps in and express love more fully in their daily endeavors.  . . Those who have this bird as totem may be encouraged to develop their adaptability and resiliency while keeping a playful and optimistic outlook. http://www.spiritanimal.info/hummingbird-spirit-animal/

As mariners we are well familiar with that sign on our chart denoting unknown watery territory.

As we ventured eastward, leaving South Dakota for terra incognita–Minnesota and then Wisconsin– a new fearsome creature emerged to mark our chart.  Yes.  Here thar be Cheeseheads.  Stand by for future posts from this wondrous land.

Where the deer and the antelope play (attribution Daniel E. Kelley)

Our first stops while heading east were in Montana, Wyoming, and South Dakota.  There we visited Ginny Fay and Tom Brigham (friends from our Alaska days), Eulalie’s first cousin, Anne Susen, and Esther Wynne-Wilson (Eric’s college friend) and her husband Bob Wilson.  The Little Bighorn Battlefield monument was a 20 minute drive from Esther and Bob’s place.  Devil’s Tower drew us for a close encounter and we detoured to visit Washington, Jefferson, Roosevelt and Lincoln before pressing further east.

We missed the music, but otherwise caught the deer and antelope playing and the buffalo roaming. 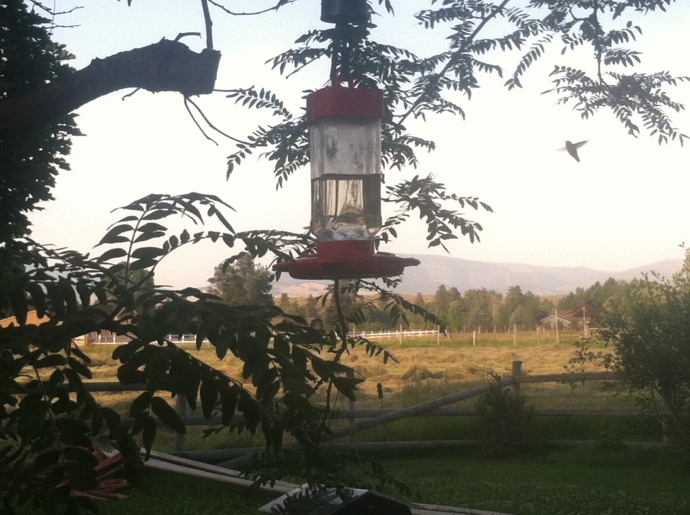 The hummingbird show at Ginny and Tom’s Montana horse farm mesmerized us while we caught up on our lives since Alaska days.

Anne Susen opened her antique store in Stevensville a month ago.

Message on the Indian Memorial at Little Bighorn Battlefield on the Crow Reservation, almost in Esther and Bob’s backyard . 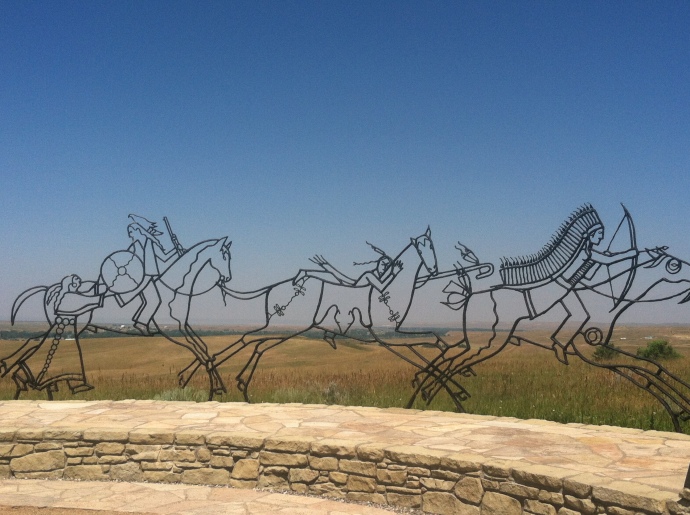 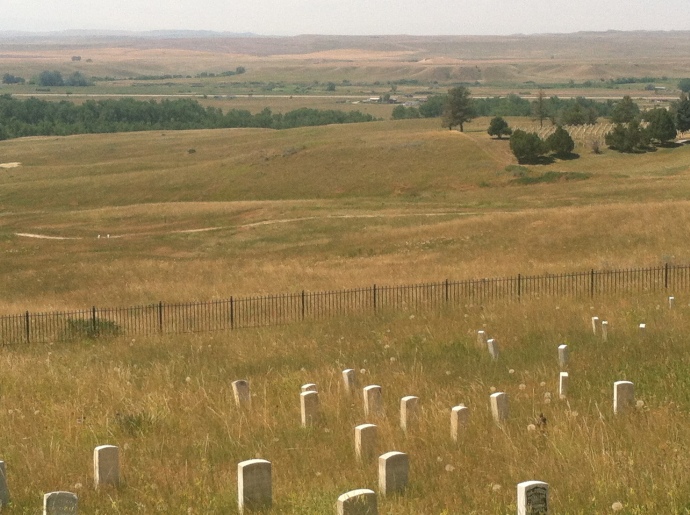 View from hill where Custer and his men took their last stand.

Devil’s Tower, Steven Spielberg’s focal point in Close Encounter of the Third Kind, has been a gathering place for millenia.

The Circle of Sacred Smoke frames Devil’s Tower.  Created by Japanese artist Junkyu Muto in 2008, the Sacred Circle is one of three sculptures in the artist’s International Peace Project.  For more on Muto and images of the other two peace sculptures see

We enjoyed catching this glimpse of Washington.

The Devil’s Tower peace pole proclaims “May peace prevail on earth” and mirrors the one we found at the Yelapa Sky Temple (see February and May blogs for more on the Sky Temple).  For more on the Peace Pole Project see

With our house rented for another year and our car still available, we have embarked on a–wait for it–

Yep, after mastering living out of Elizabeth Jean for the last year we are downsizing for hurricane season to the back of our Prius. 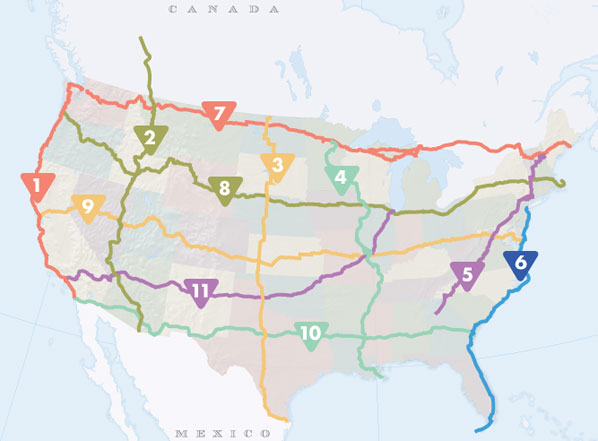 Our approximate route is up the west coast (1), east (8), south (6) and west (10).  We’ve already finished the West Coast jaunt and are two days in to the eastern push.  We may be coming soon to a neighborhood near you.